5 Benefits of a Bilingual Education 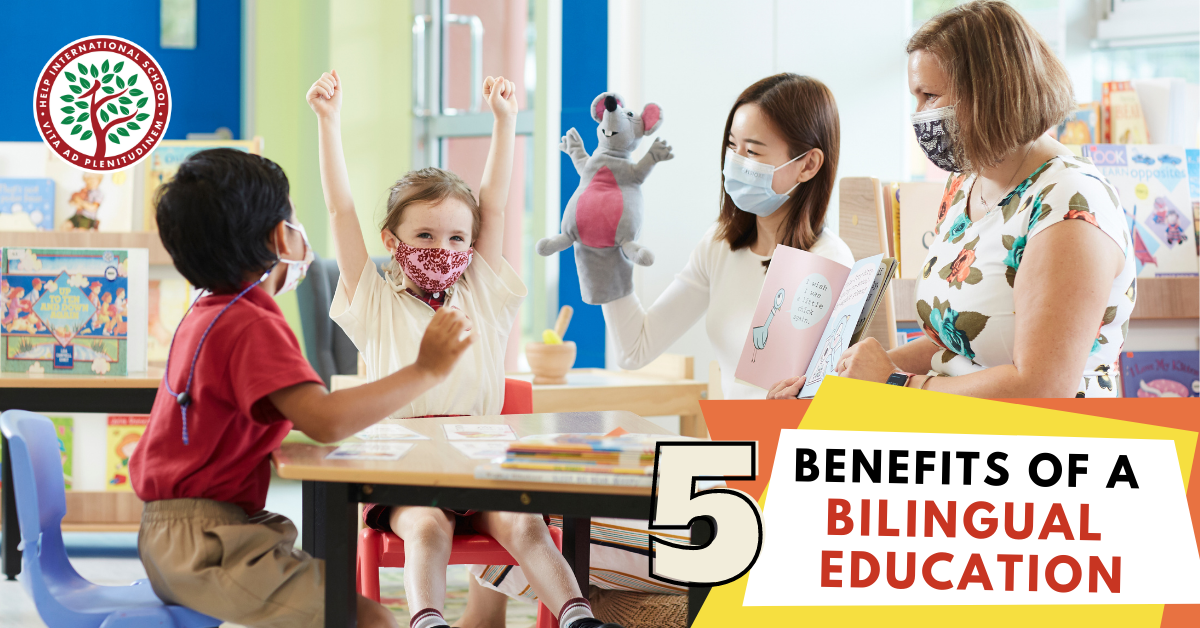 Children who are already bilingual can work on their proficiency of the languages, while children who are monolingual, when immersed in a bilingual education system, can pick up a new language in a very short amount of time.

In an increasingly borderless world, the benefits of speaking more than one language proficiently are evident. Not just in terms of career prospects, but also personal growth and wellness. Here are five benefits to why a bilingual education is garnering so much interest today. 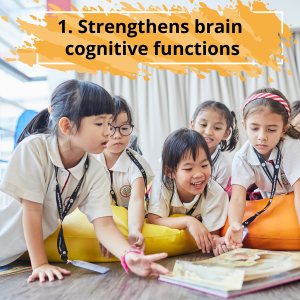 Studying a language has been shown to keep your mind sharp. It is evidenced that bilingual students have stronger working memory and more focused attention span. This is further reinforced as studies consistently show that they perform better with multi-tasking, decision making and problem-solving tasks.

Research has indicated that people who are bilingual are usually better at remembering names and directions than those who speak just one language. They also have the ability to block competing perceptual information (sensory information) to focus on just the relevant aspect of what is required, thus making them better at tasks that require conflict management. 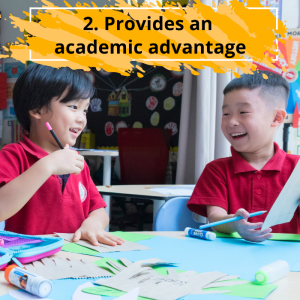 In addition to the enhanced cognitive functions, switching between two languages easily helps children develop their literacy skills and enhance their verbal intelligence and social skills.

Along with the flexibility of switching between languages will be a more flexible thought process. They learn to focus on the key elements of the conversation / topic at hand. Younger children learning in a dual-language environment understand more the finer points of how language works. Their logic process and ability to distinguish sound, intonation and accent makes them more likely to pay attention when a teacher is speaking in class. 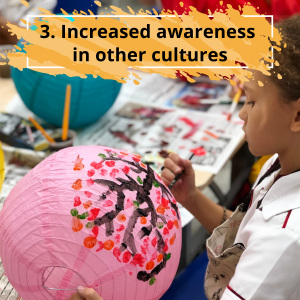 Being immersed fully into another language allows the student to also learn it’s culture and traditions. In this borderless world and multicultural communities, students develop international mindedness with insights perspectives from different cultures and ideas.

As they grow into young adults and will need to interact more in cross cultural situations, increased awareness of cultural sensitivities and traditions can be the key to making good, considered decisions. 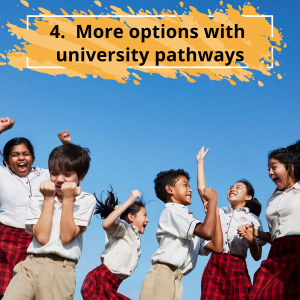 As students become fluent in more than one language, their options for university get broader. They have a wider choice as to which university they want to go apply for, and in which country, depending on the fluency of languages they speak.

Getting started in a new foregin country might be a little easier when you can already speak the native language, assimilate faster into the local culture and way of life. 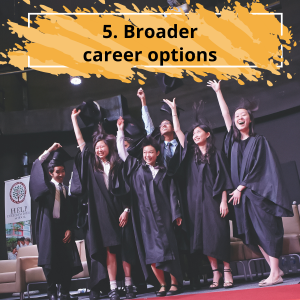 Multinational companies with offices worldwide often see the ability to speak multiple languages as an asset, making a potential employee standout above the crowd. Being proficient in several languages to communicate with foreign clients, customers, partners and vendors is considered a big advantage too.

A survey carried out by the University of Phoenix Research Institute, published in The Wall Street Journal, shows that workers with proficient foreign language skills are in high demand, and this trend looks likely to continue well into the next decade. Published reports by AOL also show that bilinguals are able to earn 5-20% more on their hourly wage. 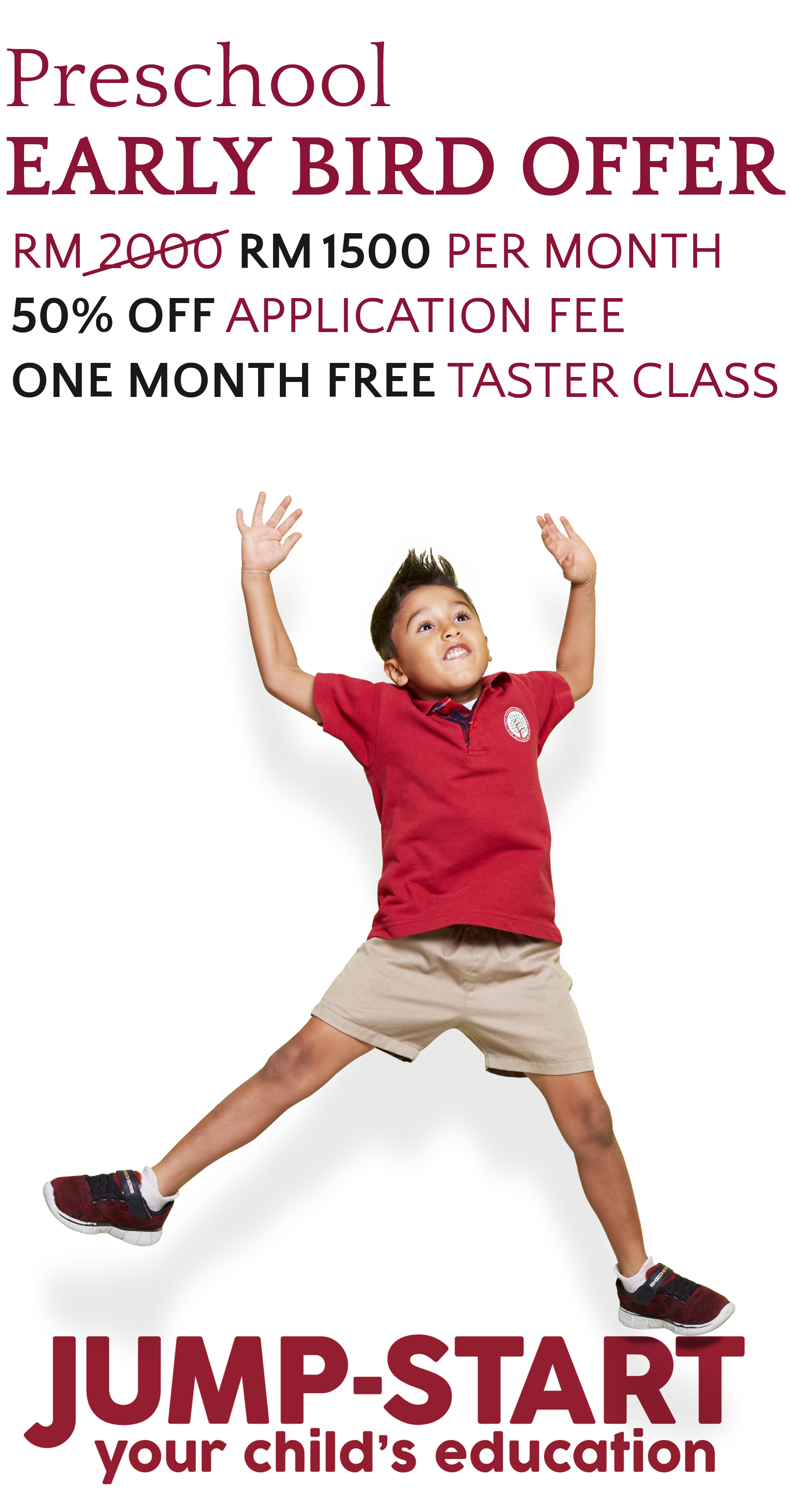 Wish to know more about HELP International School?
Leave us your details and we will be in touch!
Admission
Go to Top